LogMeIn provides the most-comprehensive, secure, and flexible suite of products to help businesses embrace remote work, learning and customer engagement. LogMeIn, Inc. creates innovative, cloud-based SaaS services for Unified Communication & Collaboration, Identity and Access Management, and Customer Engagement and Support. LogMeIn's Data Engineering and ML teams deal with a lot of text, audio, and video data that needs to get quickly processed and labeled for its data scientists to go to work delivering machine learning capabilities across their product line reimagining how and where people work, delivering security in a bring-your-own device world and providing customer support and engagement for the digital-first generation. 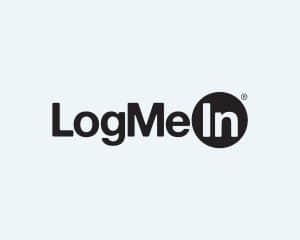 At the LogMeIn AI Center of Excellence in Israel, the company’s team deals with a lot of text, audio, and video that needs to get quickly processed and labeled for its data scientists to go to work delivering machine learning capabilities across their product lines. “Our job at the AI hub is to bring the best-in-class ML models of, in our case, Speech Recognition and NLP,” said Eyal Heldenberg, Voice AI Product Manager at the LogMeIn AI Center of Excellence. “It became clearer that the ML cycle was not only training but also included lots of data preparation steps and iterations, and we were changing preparation logic quite often! That lack of parallelization and scale really hurt our ability to get datasets to our researchers so they could get to the real work of testing, training and building models for our products.”

“For example, one of our steps is a heavy processing of audio for sort of specific cleaning,” said Moshe Abramovitch, LogMeIn Data Science Engineer. “To process only one iteration of all our training data would sum up to seven weeks on the biggest compute machine AWS has to offer — and this is only one step. That means lots of unproductive time for the research team.”

LogMeIn did a small POC at first and realized that instead of taking seven to eight weeks to transform their data, Pachyderm crunched that time down to an amazing seven to ten hours. LogMeIn’s research and business teams immediately saw the impact of Pachyderm’s speed and scale. ”Our models are more accurate, and they are getting to production and to the customer’s hands much faster,” said Heldenberg. “Once you remove time-wasting, building block-like data preparation, the whole chain is affected by that. If we can go from weeks to hours processing data, it greatly affects everyone. This way we can focus on the fun stuff: the research, manipulating the models and making greater models and better models.”

With Pachyderm, LogMeIn has scaled their pipelines tremendously because it can do so much of the work in parallel, without the team having to rewrite its software to take advantage of that parallelization. Pachyderm does the scaling and chunking for them.

“The largest pipeline that we ever ran is around 2,000 or 3,000 containers for a single pipeline,” said Abramovitch. “It’s something like 15 nodes, and each node has 96 CPUs.”

Pachyderm also delivers tremendous flexibility because it’s agnostic to the tools data scientists need to get their work done right. LogMeIn uses different ML frameworks like TensorFlow and PyTorch, and also utilizes in-house and open-source toolkits like Kaldi. The LogMeIn team wrote its own pre-processing tools to adjust it to the different frameworks.

Instead of thinking about building a monstrous infrastructure that takes months and months to do, LogMeIn was up and running with Pachyderm in a few days and delivering real impact on the business in weeks, as they reworked their pre-processing to take advantage of its capabilities.

“Not everyone on the AI research team understands what Pachyderm does, they just know it’s fast and delivers what they need, when they need it,” he observed. “That’s a good thing because it lets the data science team focus on what it does best — doing research and training models — instead of focusing on the infrastructure. “Everyone knows that Pachyderm is the processing framework, and it will just go fast.”

“The fact that we’re able to prepare our data so fast helped them to run a lot of training. Prior to using Pachyderm, we thought we’d never be able to execute those training sessions so fast. But because the data preparation process became so short, the research team was able to deliver much faster and create a lot of new models because of it.” When LogMeIn researchers come to them now, the AI Center of Excellence team knows what to say: “We’ll just do it in Pachyderm.”